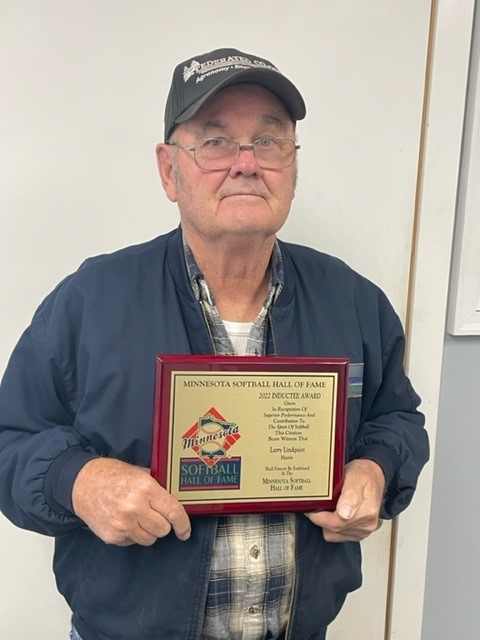 One of Federated’s veteran employees, Larry Lindquist, received a special honor in late October. His supervisor, Bob Nelson, transportation manager at Federated’s Cambridge propane location, shared the news about Larry, one of his dedicated employees:

Longtime Federated Co-ops employee Larry Lindquist had the great honor of being inducted into the Minnesota Softball Hall of Fame, Sat., Oct. 29 (pictured). Larry was nominated as a player, coach, promoter, and sponsor of Men’s Fast Pitch Softball. He began his playing career in 1961 and was an active participant for more than 30 years. As a player, Larry primarily played catcher on fast pitch teams in Harris, Minnesota; they were a force in the league for many years, winning many championships and titles.

Larry has been employed with Federated Co-ops and its predecessors for nearly 55 years. He delivers fuel products to a very loyal customer base in Cambridge and surrounding areas. Federated congratulates Larry on his Hall of Fame induction and thanks him for his many years of excellent customer service to Federated’s patrons.