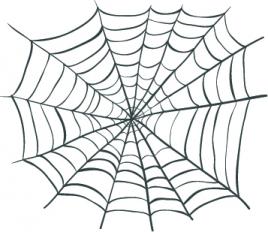 Two-spotted spider mites spin little webs that act like miniature parachutes, which get caught by the wind and move the spider mites into fertile corn and soybean fields. They are opportunistic insects, and they feed on whatever plants their little parachutes take them to (spider mites are immobile on their own).

Spider mites multiply in hot and dry conditions – like those found in most of Federated’s geography this season. Wetter weather produces a “natural control measure” – a fungus – that helps control spider mites, according to Kevin Carlson, Federated’s agronomy sales manager. But since this season hasn’t been wet, and thus, “from an economic perspective, [spider mites] are a significant insect.”

It’s important to monitor soybean fields from week to week and look for areas of decline. “Investigate those areas,” said Carlson, “to see if spider mites are the issue.” And if so, “in my experience,” he said, “if you leave them uncontrolled it will be an economic yield loss.”

Spider mites can be noticeable, even from a distance. They move in from the edges of fields; they are most often first found in the grass on a field’s perimeter, in ditches, pastures, hayfields, etc.

While corn fields are also very vulnerable to spider mites, Minnesota and Wisconsin growers do not have access to aerial application to control the mites. Susceptible soybean fields, however, can be treated with a good miticide.

Any treatment option must be labeled for spider mites. There have been increasing resistance issues with miticides, so it is important to find the right product. Talk to your Federated Agronomist to determine the best miticide to apply if “opportunistic” spider mites are cutting down your yields.

Sep 27,2022
Fall fertilizer is like doing the Hokey Pokey: What you get out is relative to what you put in.
Sep 27,2022
Fall applications of ag lime give soils the time to react and set the stage for spring planting.
Sep 27,2022
It's not too early to think about next year's seeds. The Discovery Plot events showcased new options to consider, including seed with limited production.