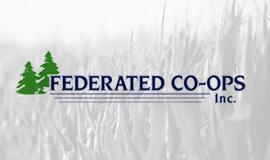 Plant genetics and seed treatments are the gateway to white mold prevention, giving the seed a fighting chance to build defensive abilities as it germinates, but “white mold is a disease of our best soybeans,” said Swanson. And it is “nearly impossible to detect before yields are negatively impacted,” he added.

Fields with white mold history benefit from wider rows and reduced plant populations, but at this point in the season, foliar fungicides are the best weapon in this fight – especially when/if things get wet.

Timing the application of fungicides is “extremely critical,” said Swanson. “Most plant health applications go on at R3,” he said, which is beginning pod, however, “white mold fungicide must be applied at R1, or beginning bloom, which is one open flower at any node on the main stem.” June 21st, the first day of summer and shortest night, marks the time at which indeterminate soybeans start to flower. Thus, it’s soon time to scout for flowers.

“As soon as we see a flower we need to be spraying,” Swanson said. White mold spores enter the soybean plant through the senescing flowers, so it is critical to have the plant protected before that point.

Then, as part of the season-long strategy, Swanson recommends a post-harvest application of Contans® WG, a biological fungicide that can reduce 80-85% of the sclerotia each year it is in the soil. Thus, between this fall and the next soybean rotation, the sclerotia is significantly diminished.

The costs associated with a post-harvest fungicide application are offset by minimizing yield loss. Swanson offered this example: “With soybeans at $8.50/bu., we are losing $85/ac. or more,” if white mold cuts yields by 10 bu./ac.