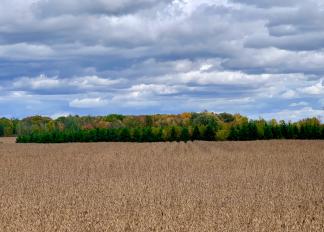 To start, “pick the herbicide program that’s right for you, and the weed control you need in your fields,” said Cody Lezer, Federated’s seed warehouse manager in Ogilvie. Look at the maturities you need, and the seed and weed-control traits you want.

As an example, “if you are planting a Roundup Ready2® bean,” Lezer said, “you don’t have as many herbicide options to choose from because of resistance.”

Federated recommends Enlist® or Liberty Link® soybeans “because we’ve seen the most success” from those seed programs, according to Lezer.

Enlist beans include a three-way chemistry trait: Roundup, Liberty, and 2,4-D. Liberty beans have a different herbicide combination (Group 10)  that may have less built up resistance.

Alternatively, Bayer® anticipates trait approval for 2021 on the XtendFlex® soybean variety. “These beans include the Liberty trait,” said Lezer. Bayer also awaits regulatory approval on the XtendFlex spraying label for 2021. The company expects approval before spring.

No matter what choice you make, order soon.

“A lot of people will be trying to get Enlist beans,” said Lezer, adding, “we have good supply, but we need to get the orders in so we know what to expect in-season.”

Plus, “the best savings are now,” he said, depending upon the supplier, and those deals may not last.

The same “order early” recommendation applies to corn seed. “The windstorm in Iowa this summer took down a lot of seed production acres, so supply could be tight.”

Place your seed orders through your Federated Agronomist. Soon.