News > Agronomy News and Events > LIQUID STARTERS ARE NOT ALL EQUAL

LIQUID STARTERS ARE NOT ALL EQUAL 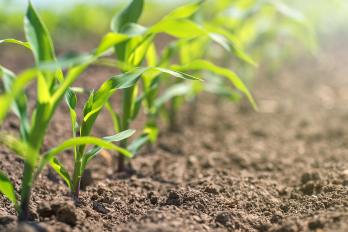 In-furrow liquid starters put nutrients next to the seed, promoting germination and seedling health, getting plants off to a faster start. Mike Slater, Federated agronomist at the Isanti location, described the “amazing difference” he’s seen in fields where the liquid starter was being applied, accidentally turned off, and then turned back on during planting. The liquid starter fertilizer made an obvious difference in early plant growth.

However, “not all liquid starter fertilizers are created equal,” said Slater, “but they all have their place.”

·     Some liquid starters, such as 10-34-0, are a higher percentage polyphosphate that can be harsh on the seed if placed in-furrow due (in part) to its higher salt content, but 10-34-0 works wonders in 2x2 applications at higher rates in no-till situations.

·     Liquid starters such as our 6-24-6 (6% nitrogen, 24% phosphorus, 6% potash) are considered 80/20 liquid starters (80% orthophosphate and 20% polyphosphate); they have a low salt index and are more seed safe in furrow. (Note that “more seed safe” is not the same as “guaranteed seed safe” – extremely dry conditions can lead to seedling issues. Slater noted that it’s always good to check the forecast before planting. Liquid starters in furrow need moisture soon, especially on lighter textured soils; heavier soils can hold water longer, thereby reducing risk.)

Federated typically recommends 4-5 gal./ac. of liquid starter in furrow, with the addition of a zinc source, such as that found in USA500®. Higher rates can be. Used when applying 2x2 or not directly on the seed, according to Slater.

When using other zinc sources, “it’s important to remember that orthophosphates like 6-24-6 (see above) need a chelated or EDTA zinc source,” he said. USA500 offers that, as does Federated’s Zinc 9% EDTA. “The outcome of adding the wrong zinc source can turn a nice day of planting into quite a nightmare of unplugging hoses and pumps,” he warned. Always check with your local Federated Agronomist before adding in a zinc product.

“Liquid starter fertilizer is also another way to get phosphorus to the plant,” said Slater, “especially in no-till scenarios where broadcasted dry phosphorus sources can take months (or even years) to move down the soil profile.” The in-furrow liquid starters get to work right away. Talk to your Federated Agronomist about liquid starters for your 2021 crops.