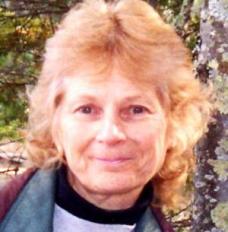 After marrying Ron in 1968, they moved to Big Sandy Lake (McGregor, MN) where she completely embraced the “Up North” lifestyle of hunting and fishing. She worked alongside Ron at the McGregor Independent School District #4 for many years (Ron taught industrial arts, Darlene served as the principal’s secretary).  Both Darlene and Ron served their McGregor community by volunteering as ambulance EMTs. Darlene was also on the board of directors for Federated Co-ops Inc. for over 32 years.

It is with great sadness that we say good-bye to our beloved Darlene Smith - wife of Ronald and mother of Sheryl and Stephanie.

After battling Parkinson’s Disease with grace and dignity, Darlene was called Home by God on Thursday, Jan. 16, 2020, at age 74. She was born and raised in California where she worked as a paralegal in a law firm.

She was very active in Grace Lutheran Church where she participated in many committees. She was known regionally for her breeding and showing golden retrievers and beagles winning multiple championships in several states and Canada. She will be remembered fondly for her love of life, family and spirituality, as well as her quick wit and sense of humor. She brought joy to all of us.

She was preceded in death by her parents, Nick and Violet.

The Smith family wanted to add their appreciation to the care teams who assisted - the McGregor Ambulance crew who transported her to the airlift helicopter, the ER and ICU doctors and nurses at St. Mary’s Hospital in Duluth and finally, the staff at Aicota Health Care facility in Aitkin, all of whom were very professional and kind.

Funeral service will be 2 p.m., Sunday, Jan. 26, 2020 at Grace Lutheran Church, McGregor. Visitation will be one hour prior to the service at the church. Burial will be in Pine Needle Cemetery.  Lunch and fellowship will follow at the church.

Arrangements are with McGregor Funeral Home of McGregor.